This is one instance where arguing that the Volkswagen Atlas is not a true VW is pointless. It is selling like mad.

I was among the first to be horrified to learn that Volkswagen was pulling the plug on the Passat wagon in the first few months of this quickly dissolving decade. The new VW Tiguan had made its appearance, joining the Touareg SUV, but this was only the beginning of VW’s incursion into the SUV segment; then along came the giant Volkswagen Atlas

At the time of the Passat wagon’s death, my 7-year old Volvo XC70 was beginning to feel its age and I was ready to make a move. I ended up with a recently introduced VW Tiguan only to move on shortly after. A pre-owned Subaru WRX wagon and an Audi A4 wagon later, I sprung for the only new 6-speed manual, AWD station wagon the little money I had could buy. Only months after taking delivery of ol’ Silk Blue, I learned that the Golf Sportwagen was also to be viciously slashed from VW’s North American portfolio! 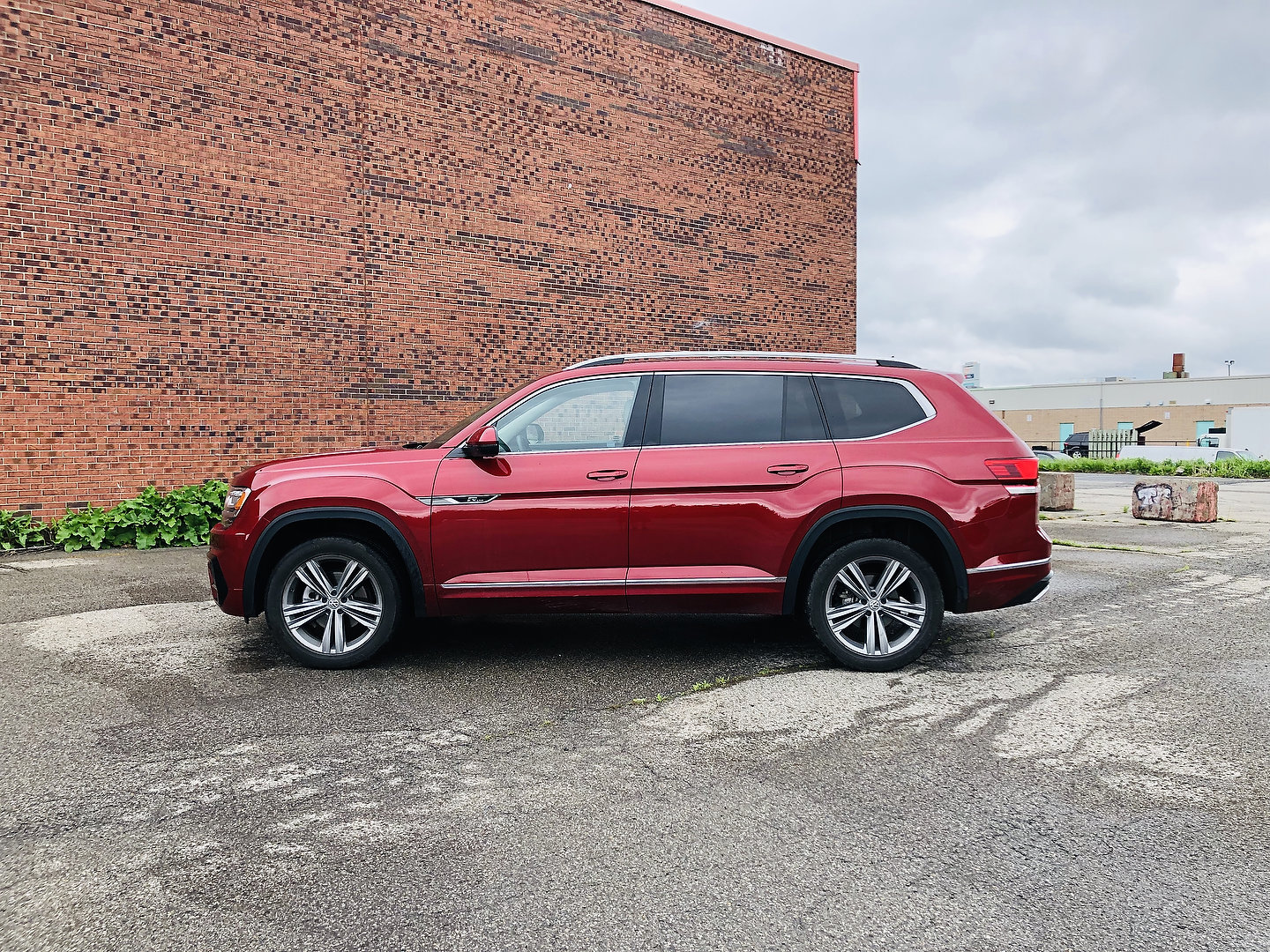 What did these poor sexy and purposeful station wagons do to deserve such treatment? Well, it’s not what they did, it’s more what they didn’t do. Sadly, and we all know it, wagons don’t do it for the vast majority of consumers anymore. Although there’s something of a resurgence going on, the numbers will never justify keeping them onboard.

The new VW Atlas and Tiguan’s numbers, on the other, are proof positive that VW, and other carmakers, were and are right to invest in boxes on wheels.

Although a complete departure for Volkswagen, the giant Atlas is uniquely VW in a number of aspects. Like it or not, VWs are cool, almost counter-culture-like, especially in the US. And even though both the Atlas and Tiguan are assembled in the US, they are still “foreign” products. Its uber-boxiness, in-your-face grille with integrated headlights and unabashed size are impossible to not notice. The Atlas screams mega-SUV, and it is handsome.

The room and features 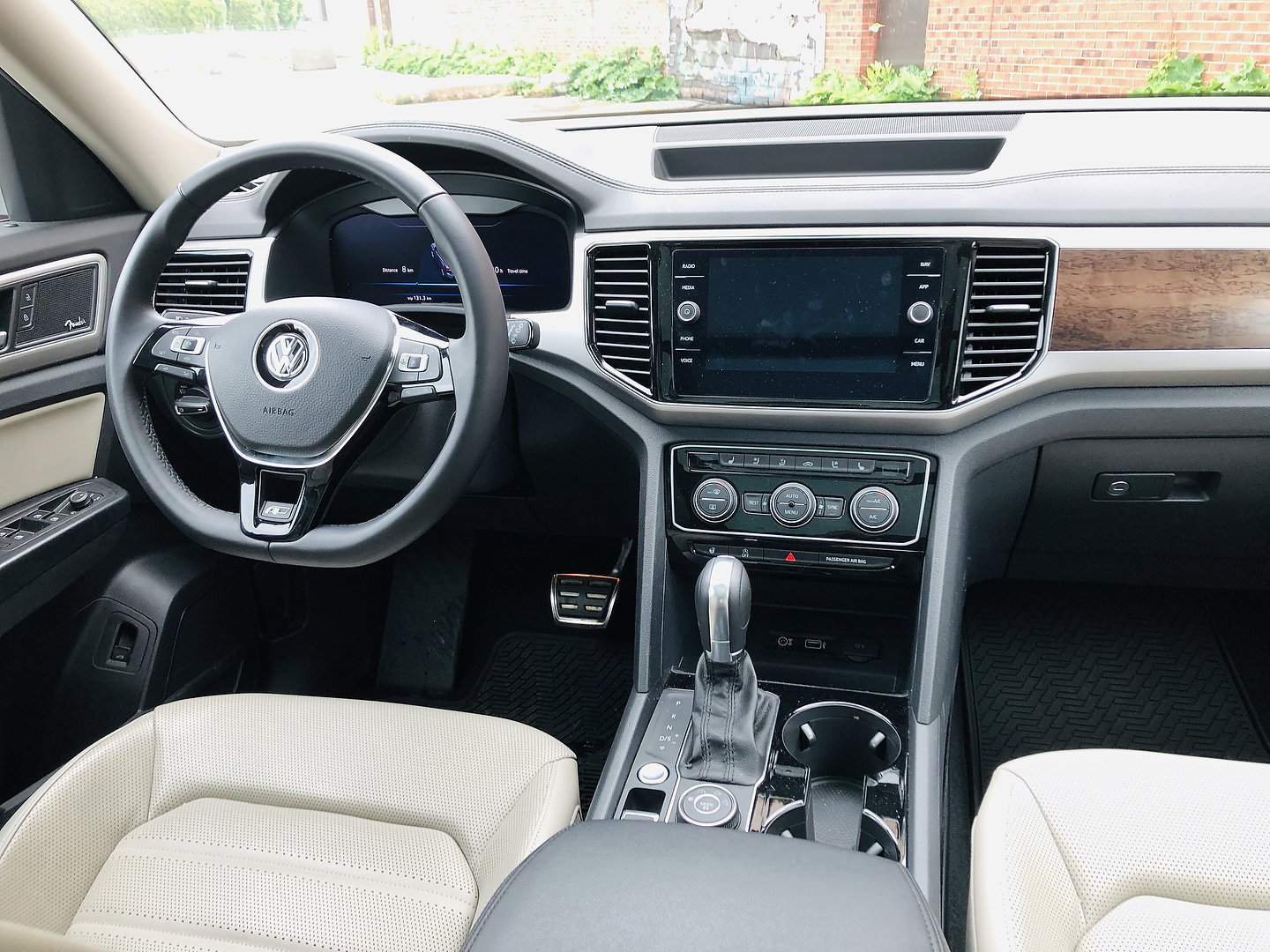 The cabin however is a much more understated affair. Unlike the outer shell which makes the Golf, Jetta and Passat blush out of shame because they’re all on the same team, is familiar and subtle. There’s a fair amount of hard plastics but the fit and finish are very good. Overall presentation and ergonomics are tops.

Beyond all the gadgets is space, volume, area, real estate, in other words, loads and loads of room. Seats everywhere are comfortable, even all the way in the included 3rd row where a normal adult can actually sit and remain relatively sane. With the 3rd row down, there’s enough boot volume for life. As with most vehicles in the segment, dropping baby seats into the 2nd is literally child’s play as the rear doors open very wide. There’s also tons of storage all over the place.

The VR6 is fine 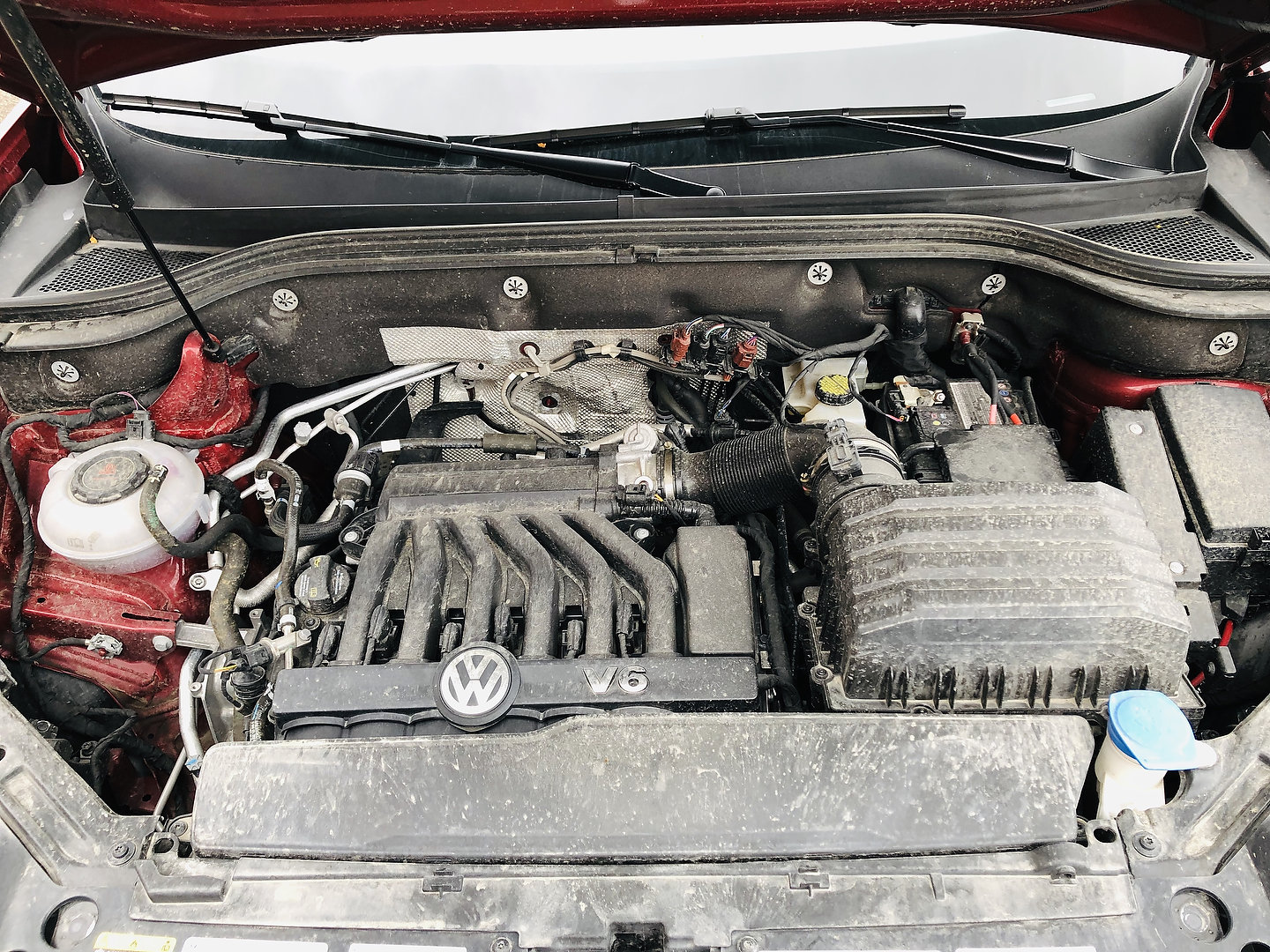 Getting behind the wheel of the VW is somewhat familiar, and not at all at once. The standard turbocharged 2.0-litre turbo FWD Atlas is a no-no so we’ll jump straight to the 3.6-litre V6 with an 8-speed automatic transmission 4MOTION AWD powertrain which starts at a reasonable $40,540.

The 3.6-litre VR6 has been around for more than a dozen years and suits the Atlas just fine. With 276-horsepower and 266 lb.-ft. of torque on tap, power is adequate. This V6 is among the least powerful in the segment; it produces less power overall than the two turbocharged 4-cylinder engines as well. Despite that, the Atlas gets a move on briskly enough. Fuel economy numbers are decent at somewhere between 11L and 12L/100km.

On the road, ride quality and control are good, but I would have expected more of a comfort zone in the damping. The 20-inch wheels included with the Execline and R-Line packages could be at fault but this is the only issue with the driving experience. Brakes and steering are fine as a whole.

Still in the game despite the competition 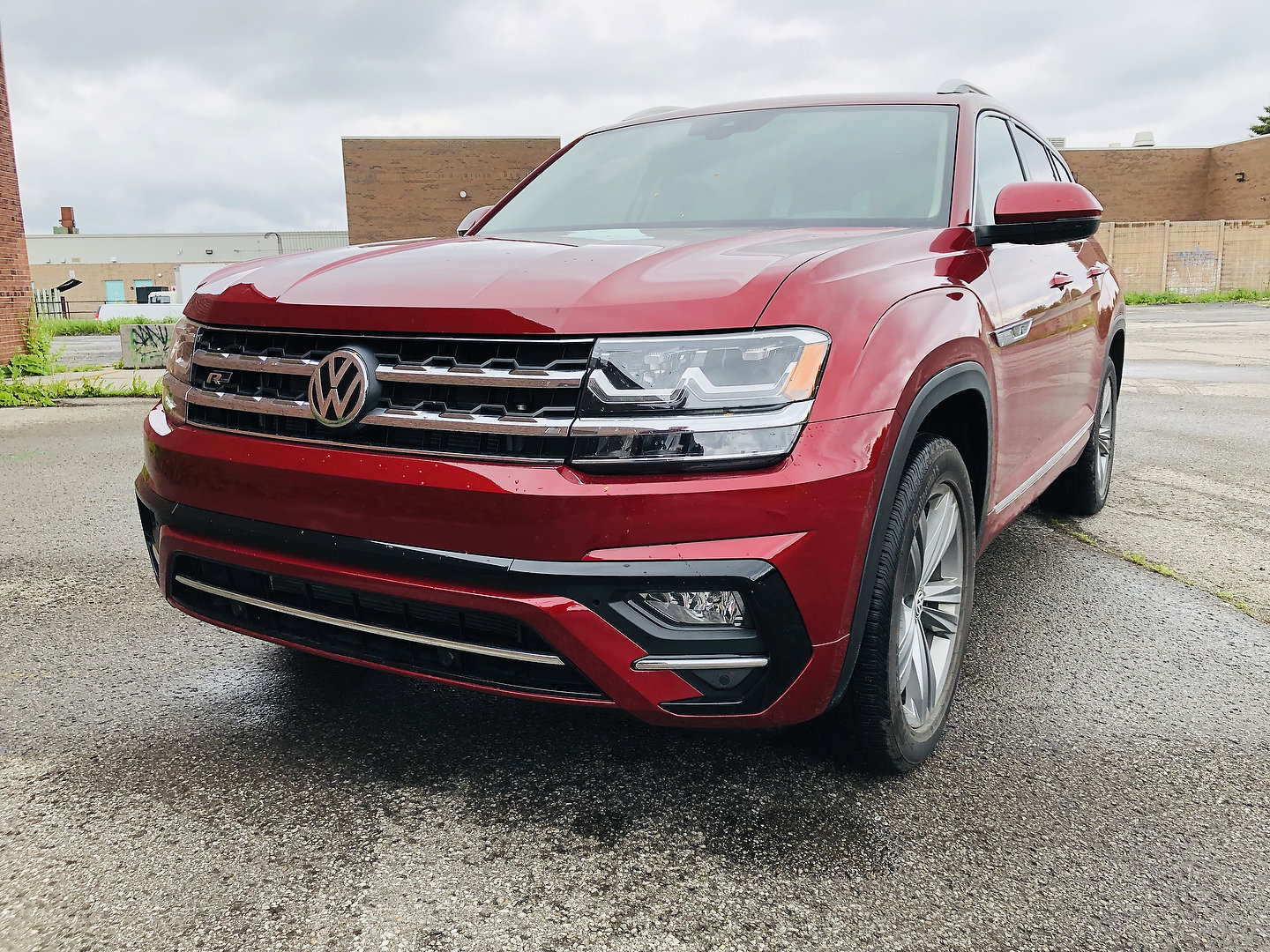 The final word is that I would still consider the VW Atlas as one of my Top 3 or 4 choices in the segment. I do think the Subaru Ascent remains the best of the lot and I’m still irrationally in love with the Dodge Durango. The Mazda CX-9 is also part of the mix.

To show how important this category is, carmakers are quickly loading it up with new models. The next-generation Toyota Highlander and Ford Explorer are on the way and both should provide some serious competition. And then there are the Hyundai Palisade and Kia Telluride. 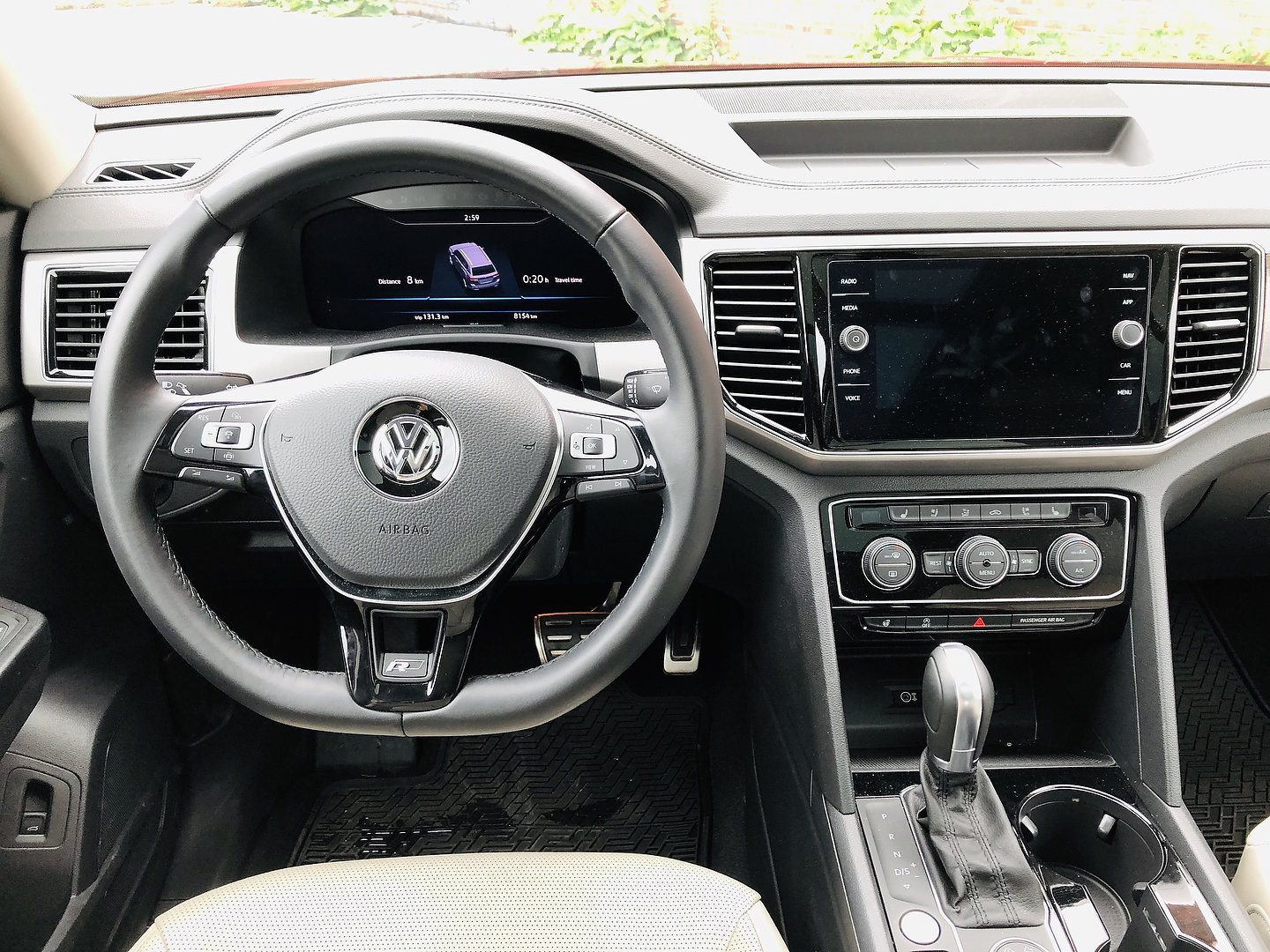 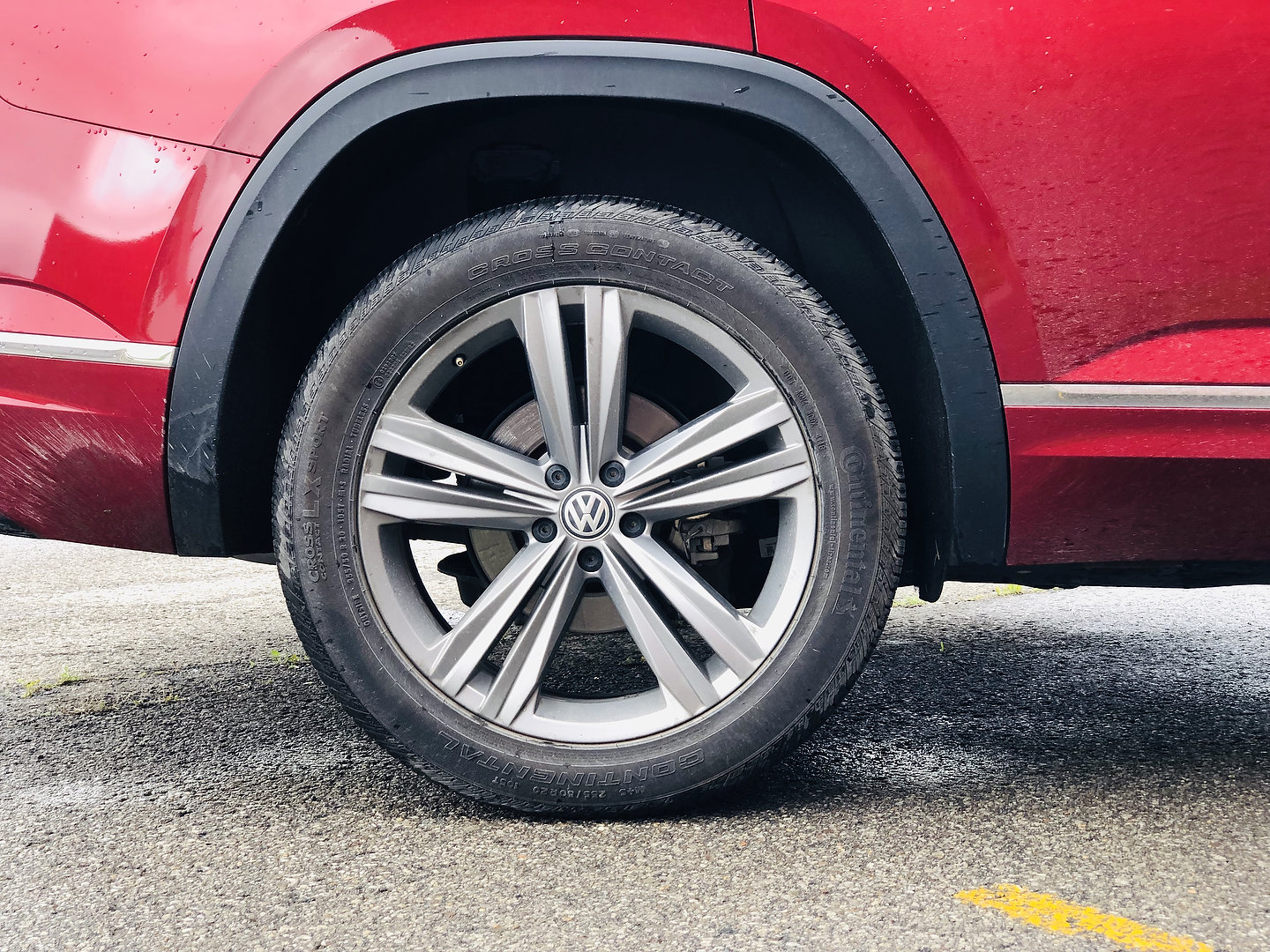 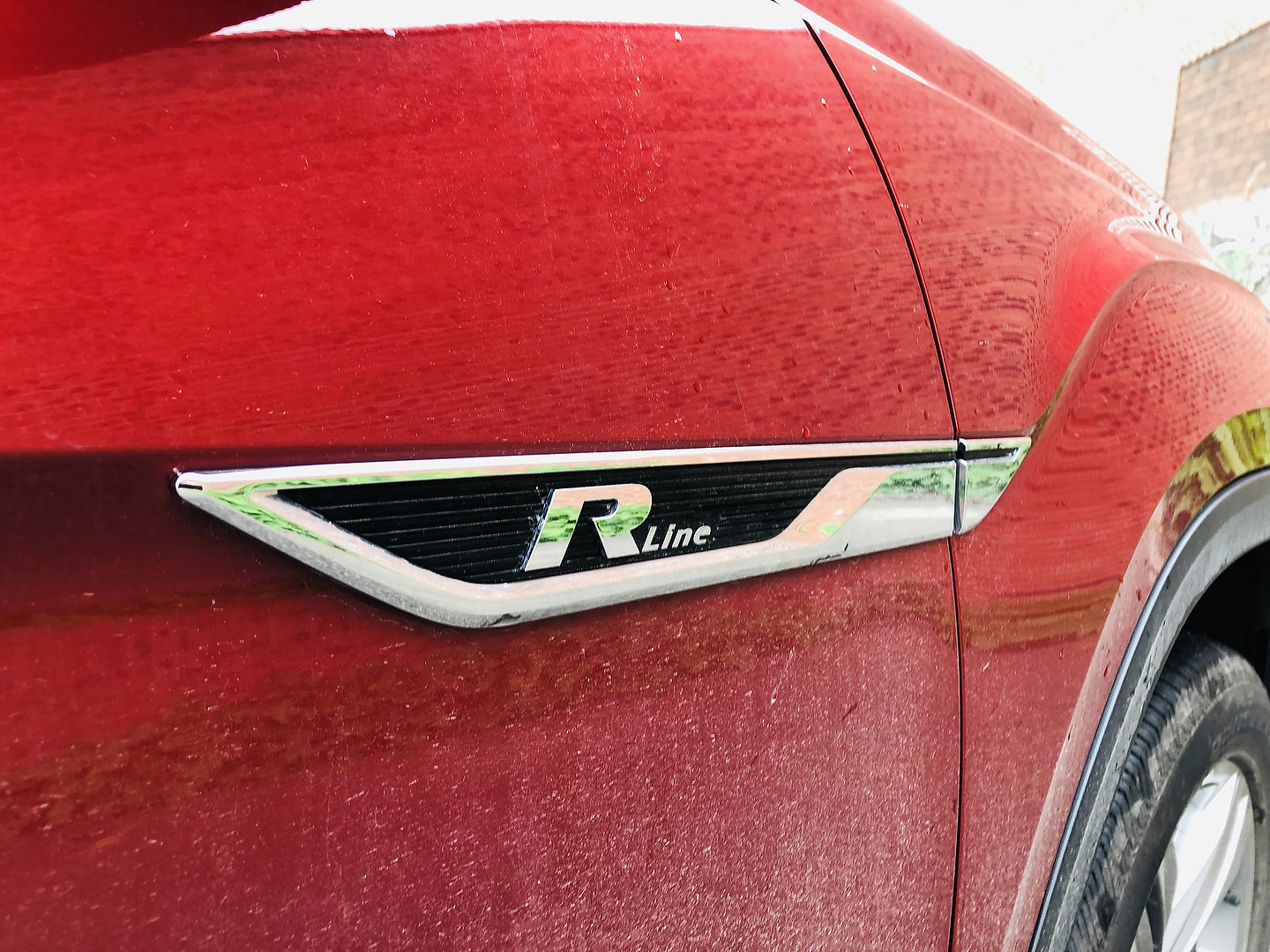